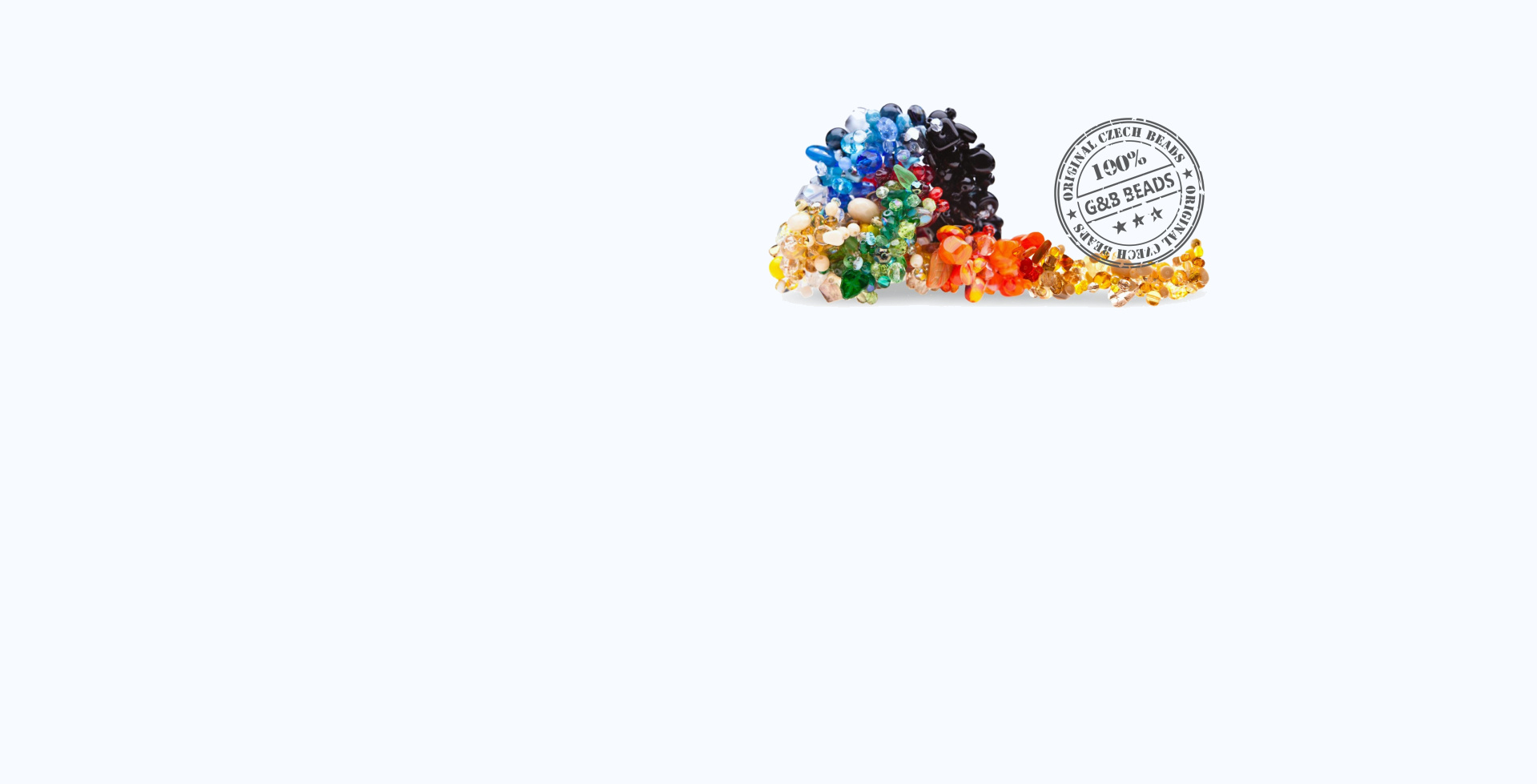 General provisions
By placing his order with G & B beads, s.r.o., the Buyer acknowledges the acceptance of these General Sales Condtions. Divergences from these Conditions are possible but have to be agreed always in writing.

Prices
Unless otherwise agreed, the prices quoted in individual Sales Contracts are to be understood EXW (= ex works) warehouse of G & B beads, s.r.o., located at the address Janovská 132/39, Jablonec nad Nisou, Czech Republic, and this delivery basis is to be interpreted in accordance with INCOTERMS 2000.

Delivery times and deliveries
Unless otherwise agreed, the delivery times are to be understood as approximate and their non-fulfilment by the Seller must not be considered as a major breach of the Sales Contract.

Payment
Sold goods will be considered as fully paid only after the amount of the purchase price has been credited to the Seller´s bank account, or after the amount of the purchase price has been paid to the Seller in cash. In the case of overdue payments the Seller reserves the privilege to add to the amount due interest on late settlement whose rate p.a. will be the discount rate of the Czech National Bank valid at the moment of payment of the amount due increased by 2 percentage points. In the event of unsettled debts the Seller reserves the privilege to unilaterally interrupt deliveries of further goods until the debts have been paid whereas such an interruption cannot be considered as a non-fulfilment of the Contract(s) by the Seller. The Buyer must not withhold either complete payment of the purchase price or its part to compensate his claims laid to the Seller. Such a compensation is acceptable only if agreed upon in writing by both Contracting Parties for every case separately. The Sellers bears only bank charges charged by his Bank. All other bank charges are to be borne by the Buyer.

Reserve of the ownership to the goods
The goods becomes Buyer´s property only after full payment of the purchase price.

Act of God
In the case of circumstances that could not be known at the moment of concluding of every individual sales contract and that could not be avoided or averted by the Seller, the seller is entitled to postpone the fuliflment of the sales contract until the conditions for business have been renewed. As Act of God are namely considered wares, revolutions, strikes, civil commotions, measures of state authorities, natural catastrophes as well as interruptions in supplies of materials and energies that were not caused by the Seller.

Claims
The Seller must carefully check the quality of the supplied goods as well as whether they are compliant with the Sales Contract before handing them over to the Buyer or to a forwarding agent. The Buyer must exercise the same control immediately after receipt of the goods.
Claims resulting from visible defects must be lodged with the Seller within 15 days after delivery of the goods to the Buyer. Claims lodged later may be disregarded by the Seller.
The Seller bears responsibility for hidden defects within the period of 24 months after delivery of the goods to the Buyer unless otherwise given by the laws of the Buyer´s country. All claims must be lodged in writing and must be duly documented. If the nature of the claim requires it, samples of the claimed goods in the original packing, or at least together with the original packing, must be enclosed. If the claim is accepted, the Seller must repair defects of the goods at his own cost. If he fails to do so, the Buyer is entitled to require a price reduction or delivery of new perfect goods.

Other provisions and arbitration clause
The Seller may change these General Sales Conditions anytime at his own discretion. The Contracting Parties agree to resolve eventual proprietorial disputes arisen from the individual sales contracts governed by these General Sales Conditions by conciliation. Any dispute that will not be resolved by conciliation shall be finally decided, with exclusion of the jurisdiction of the common courts of justice, in arbitration proceedings compliant with the law no. 216/1994 of the Collection of Laws of the Czech Republic, before one Arbitrator appointed by the Arbitrážní soud České Republiky, o.s. (Arbitration Court of the Czech Republic), IN 2369 88 879. The Arbitrator will be appointed and the arbitration proceedings will be conducted in compliance with the Rules of the Arbitration Court of the Czech Republic that is available on www.rozhodcidolozka.cz . Both Contracting parties agree that they will accept the arbitral award as binding and final and that the cost of the arbitration proceedings shall be borne by the Party that lost.

The price for shipping will be specified.
To the basket
EUR Currency

Search for text or a product